White spots
Dogs’ white spots are usually determined by the S-series genes. When we say white spots, we mean white areas on the dog’s fur. This is not really a colour and in technical terms it is called epistasis. The gene impairs the ability to produce pigments in cells on certain parts of the skin. White coat colour occurs when melanin is not formed in the skin's melanocytes. In areas where pigments have not been produced, skin, paws and claws will turn pink and the coat become white. However, there may be areas which are pigmented and where a white coat is present.

So far, only two white alleles have been found in the S-series:

Some Kelpies with white spots have been DNA tested for the S-gene and shown they are S/S. They do not have white spots. The white areas on these dogs have emerged in other ways. White spots may appear on small areas on the Australian Kelpie, usually on the chest. The spots can range from a pair of strands of hair to be shaped like a long necktie. Sometimes you may see Kelpies with one or more white paws or part of a white collar. There is no breed standard description of how much or little white an Australian Kelpie may have. Which leaves for interpretation. Some don't want to see more white than a small white spot on the chest, some others allow more depend on the rest of the dog's exterior.

There are Kelpies that grow white or grey areas around the nose, ears and in some cases even on their paws as they get older. This starts out with a few hair strands and then grow to be more pronounced in specific areas. Why some Kelpies grow whiter as they age and others do not, depends on other genes than the ones affecting the white spots described in this article.
Australian Kelpies with white spots: 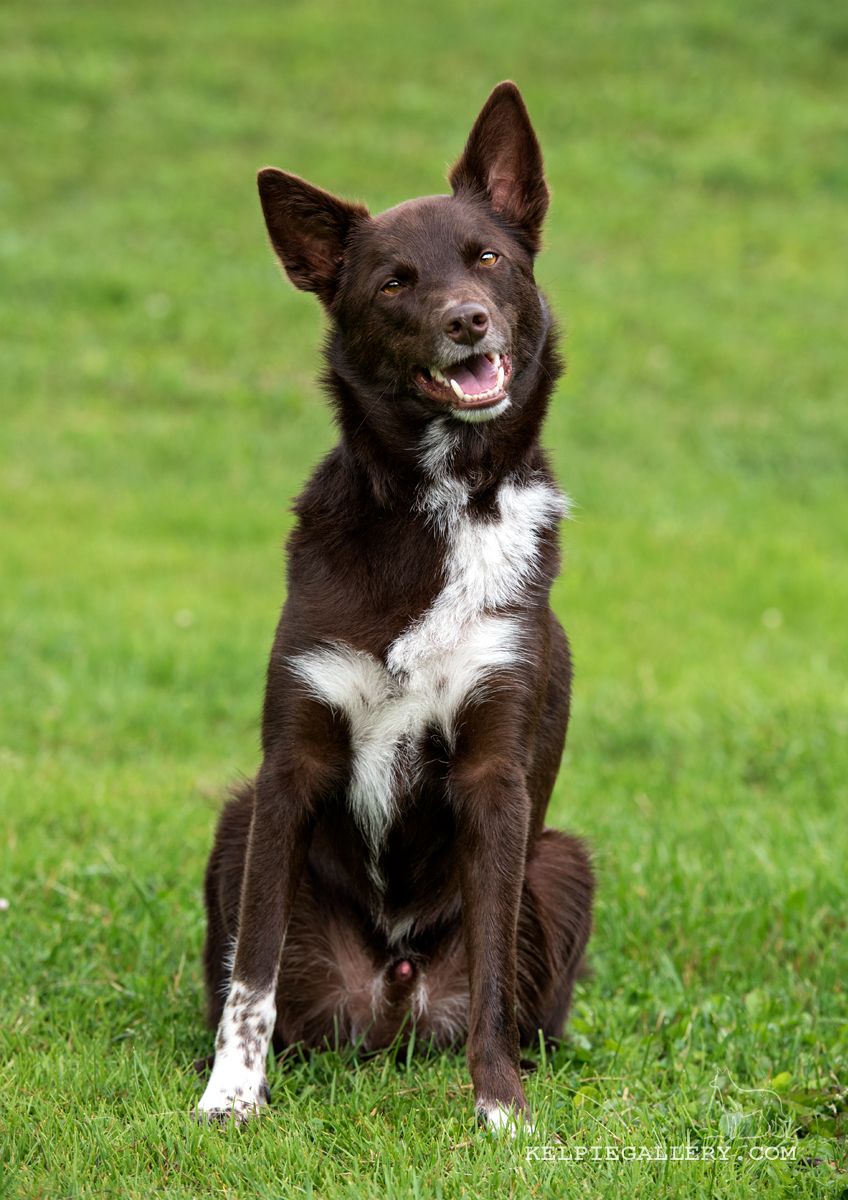 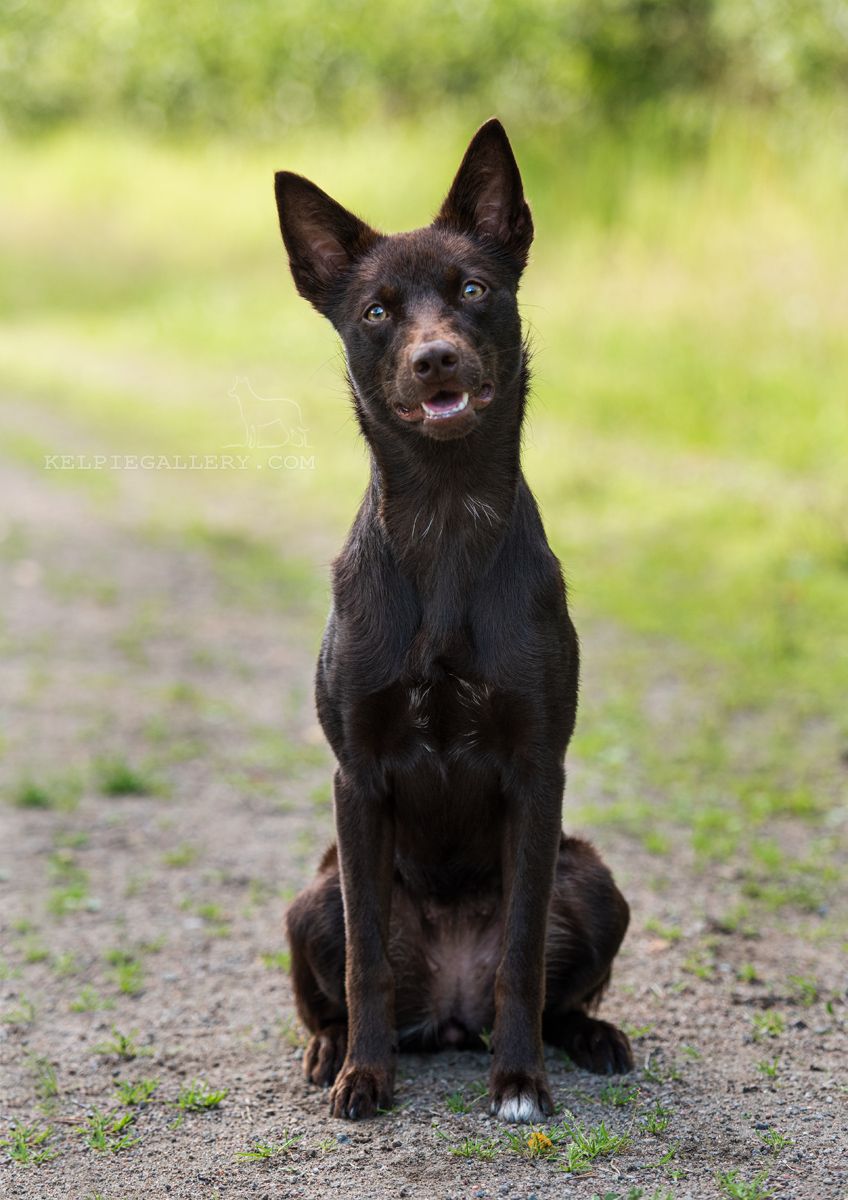 Born To Be Yours Bohemian Tarn 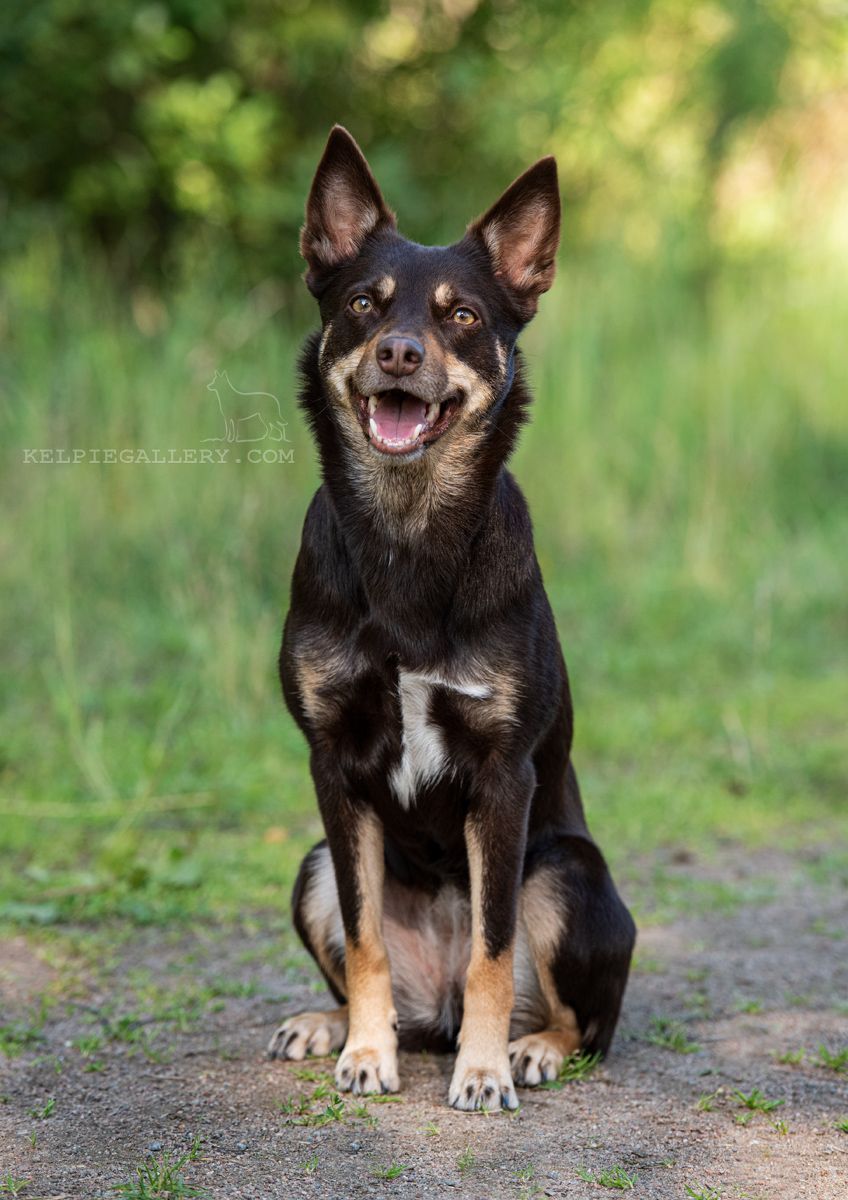 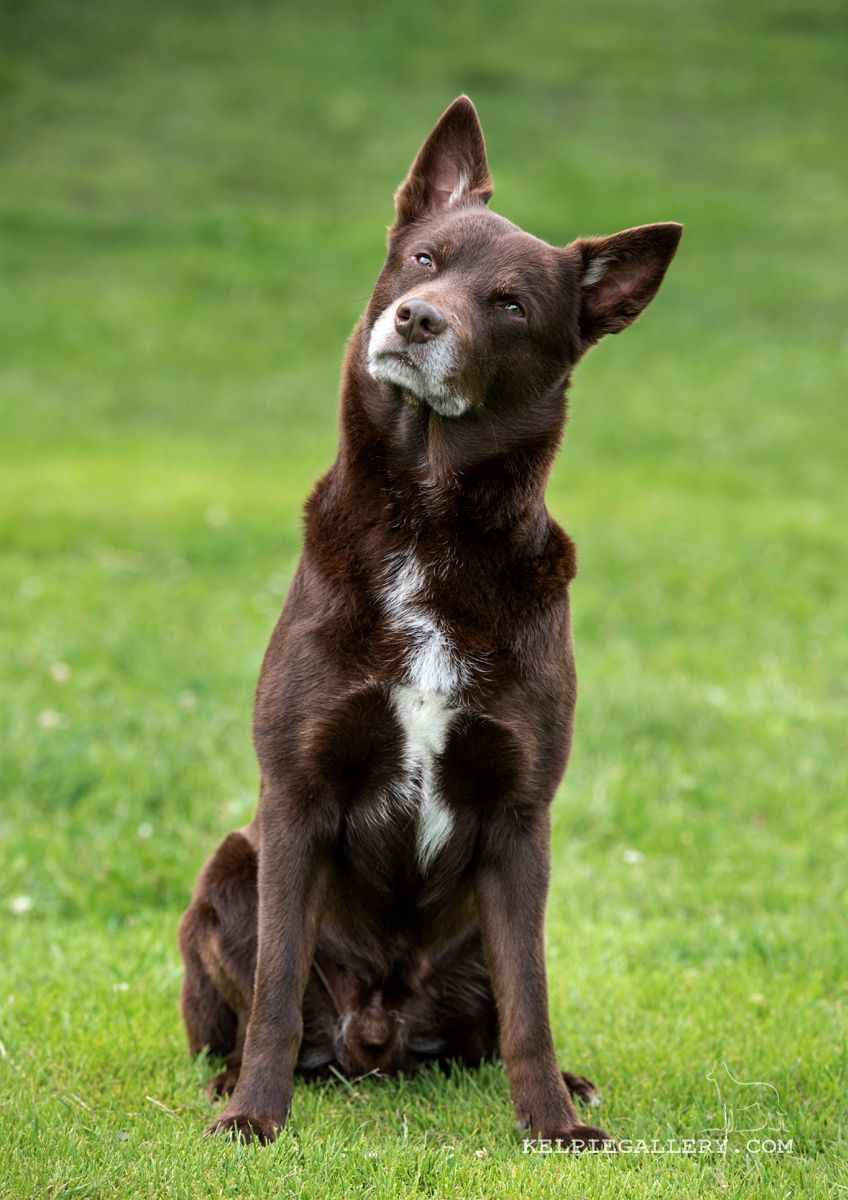 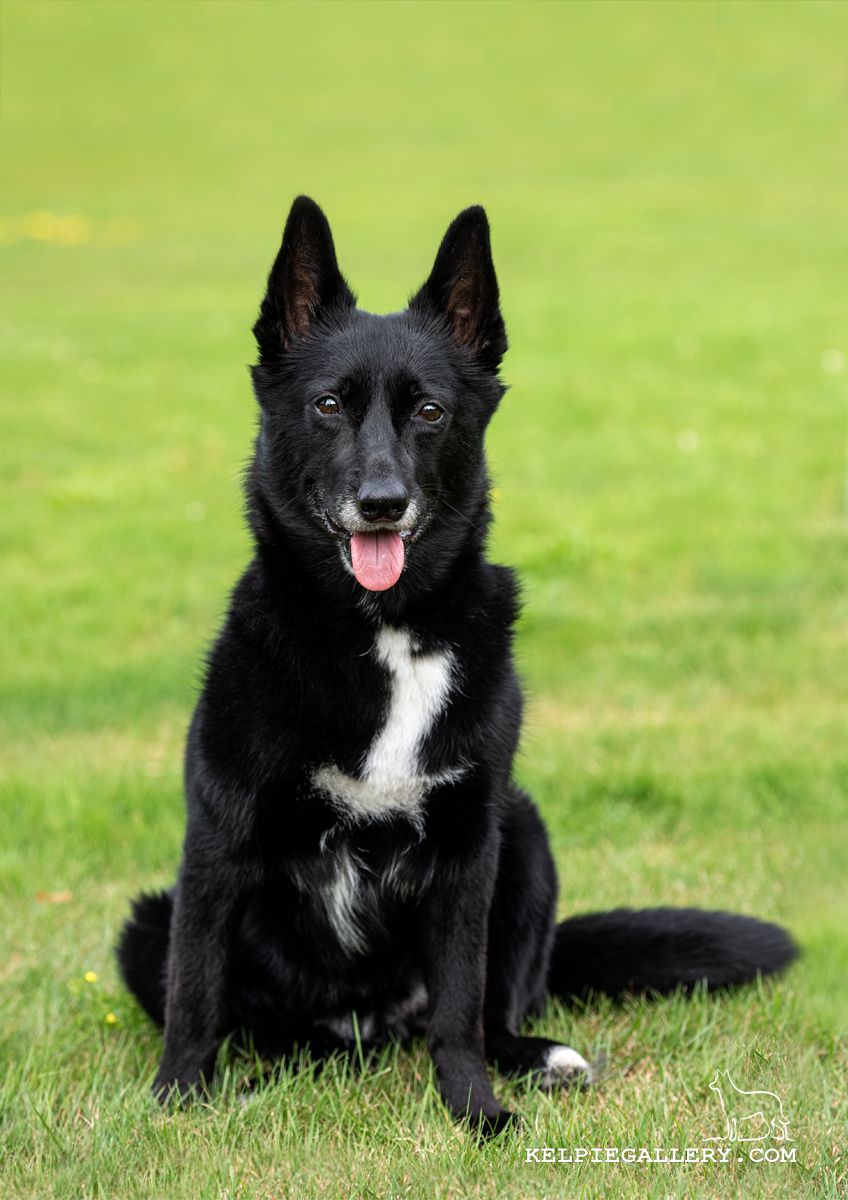 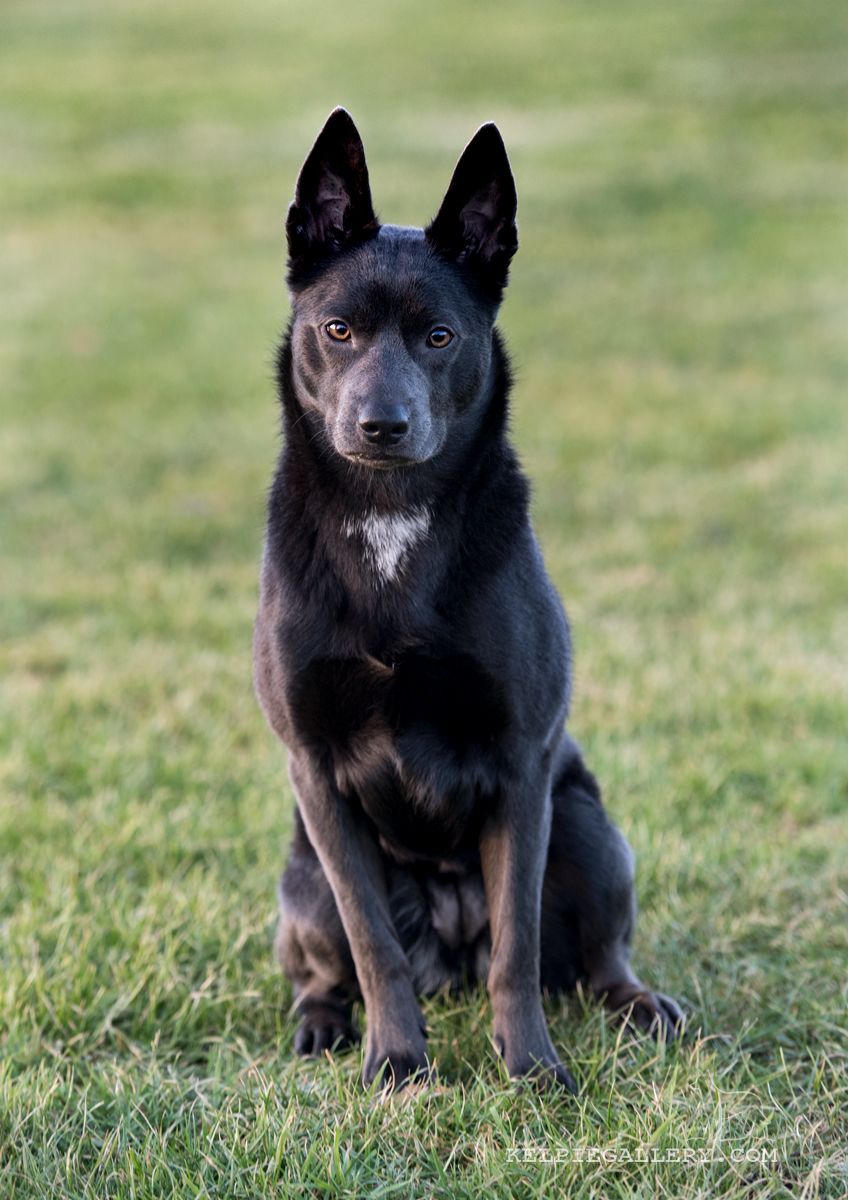 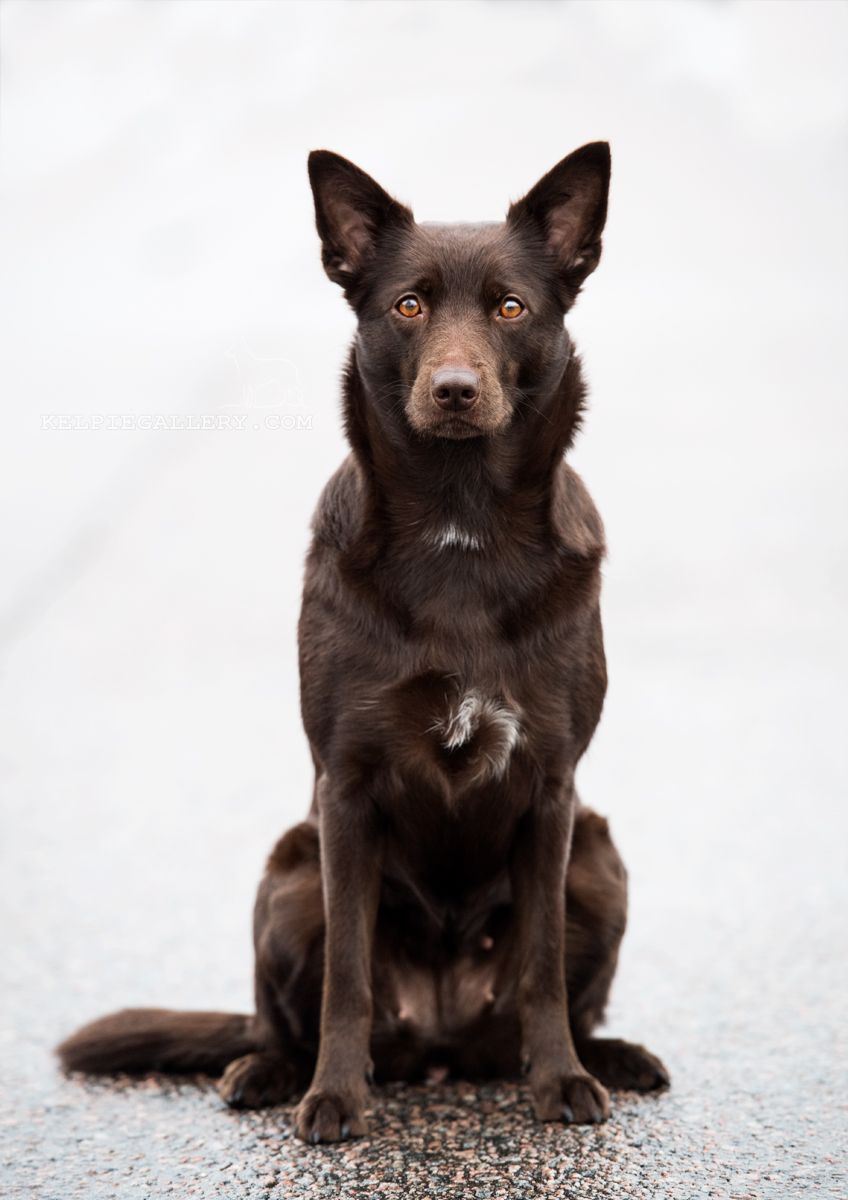 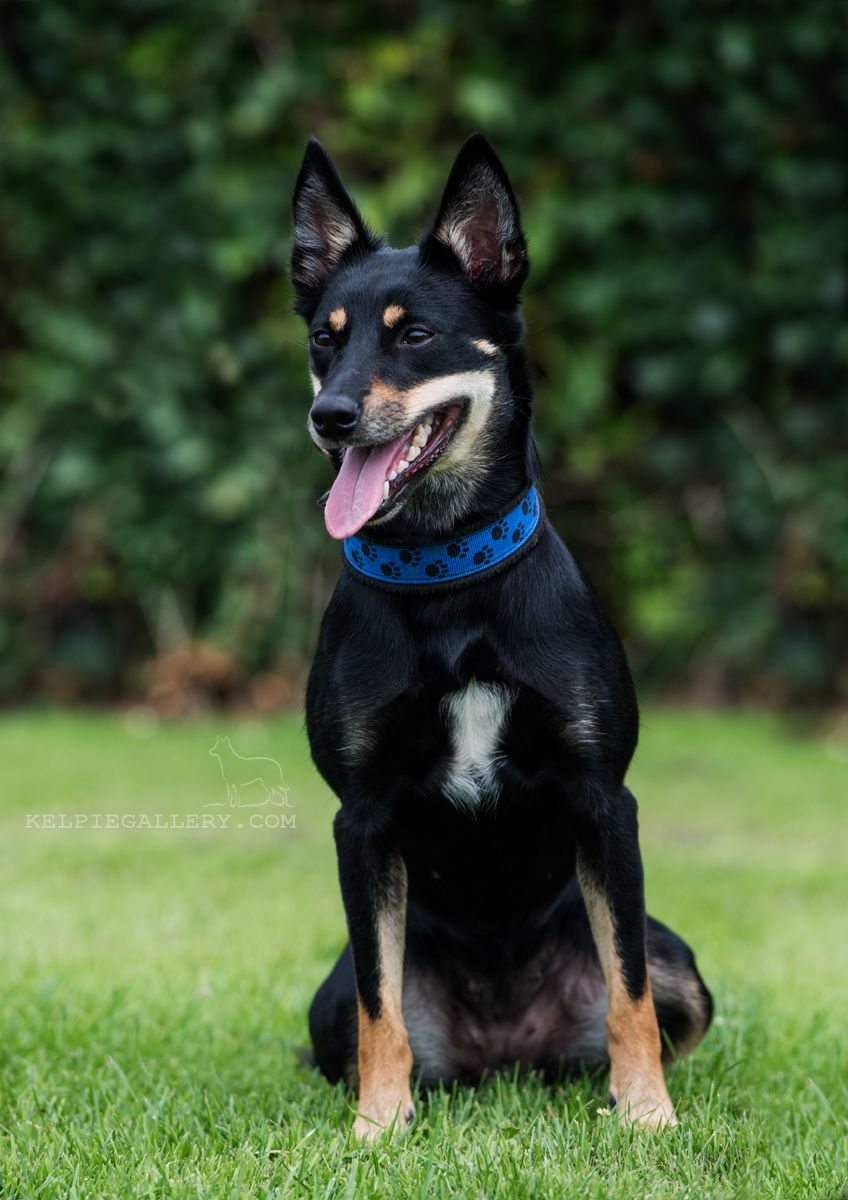