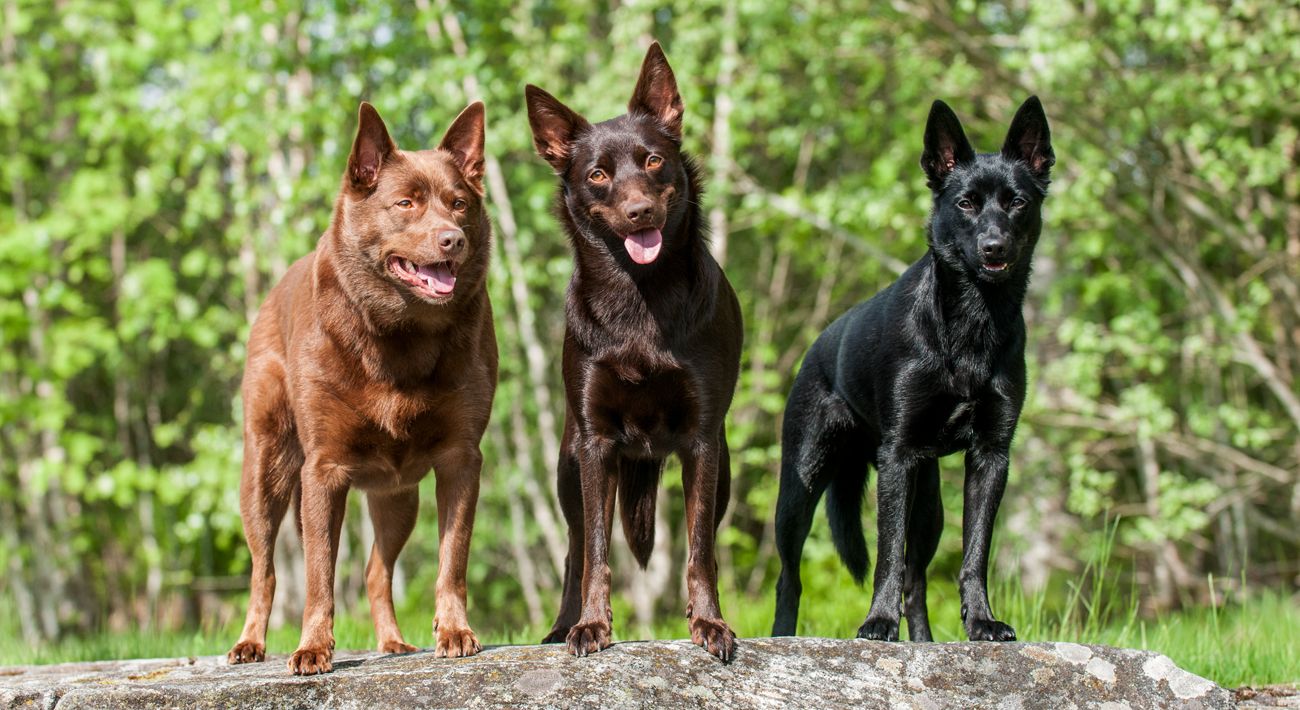 Brown and black
Australian Kelpies are usually black, chocolate or red coloured dogs. The black and brown come in different shades and belong to the B locus, the brown gene. Among the possible colours in the Kelpie, the placement in the dominance hierarchy for the B locus is at the top. Black and brown are therefore the base for the other colours.

Black is dominant and brown is recessive in the B locus. To have brown offspring it must have one brown gene from the mother and one brown gene from the father. A brown Kelpie (b/b) and a black Kelpie with a homozygote gene pair (B/B) can only have black offspring. However, all the puppies will be carriers of a brown gene since the one parent only passes on the brown gene to its offspring. Two brown parents (b/b) will never produce any black offspring since dogs with recessive genes cannot pass on anything else but brown.
Below are examples of how different coloured parents can pass on their genes to their offspring. The dogs’ colours show their phenotype (what you actually can see) and the letters show the dogs’ genotype. 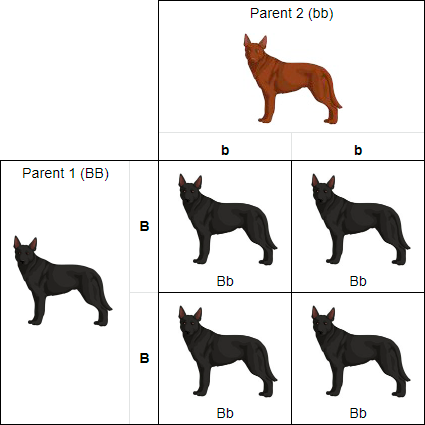 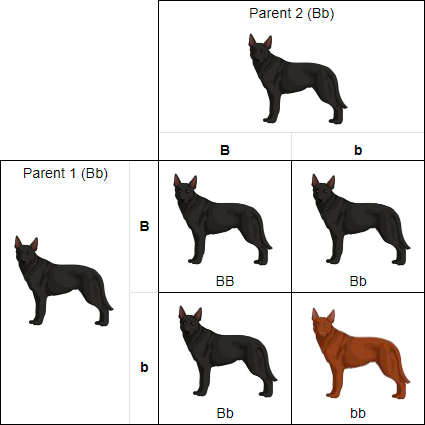 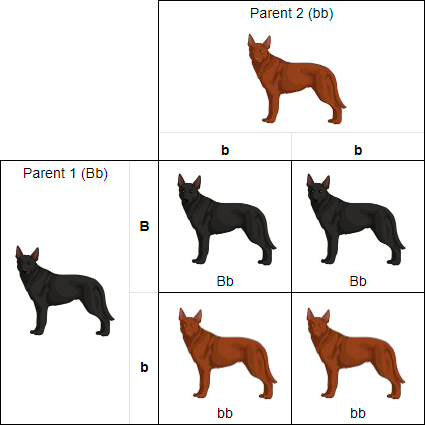 A black Kelpie with a brown gene and a brown homozygous Kelpie.
A brown Kelpie is defined as either chocolate or red, depending on the shade of the coat’s colour. The intensity in the colour varies according to the genetics, but how the intensity is inherited is not yet known. We do know, however, that it is a hereditary aspect of the coat colour. The brown gene can come in shades from a dark cocoa to a light almost orange colour. 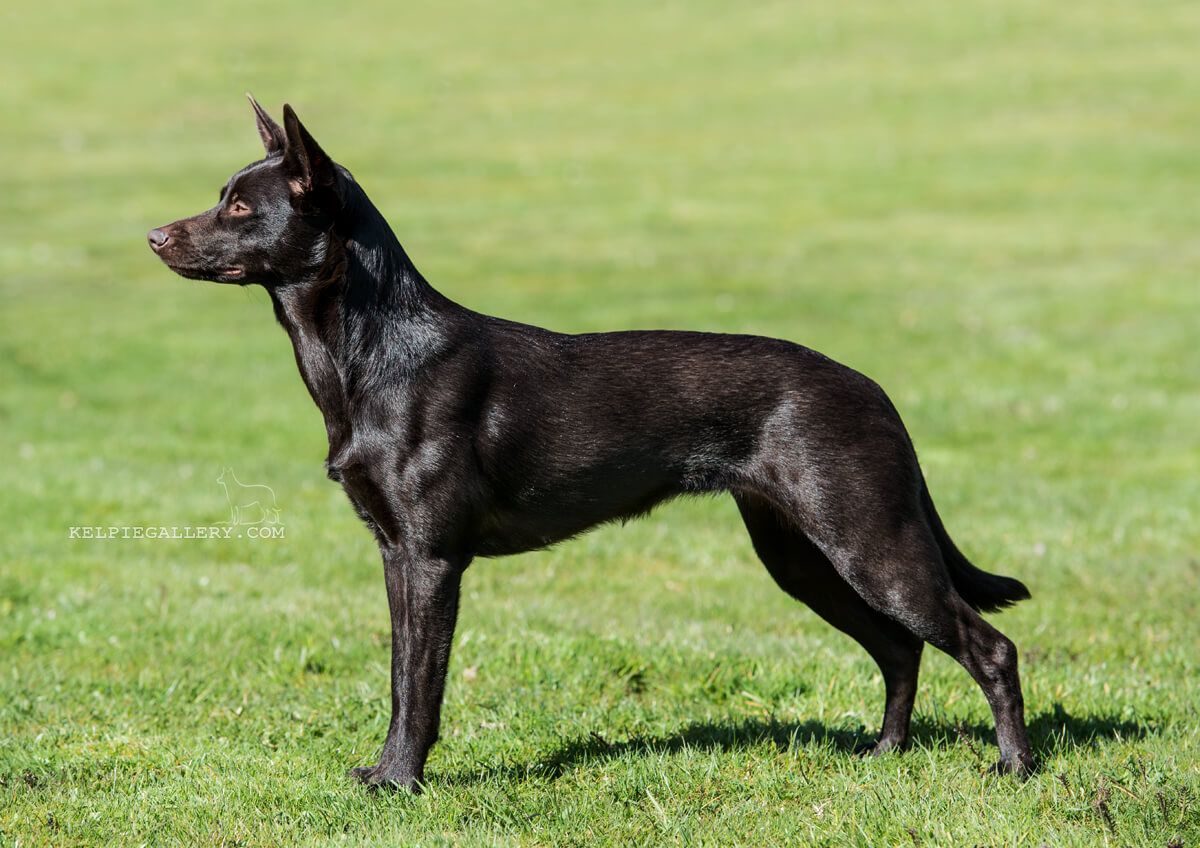 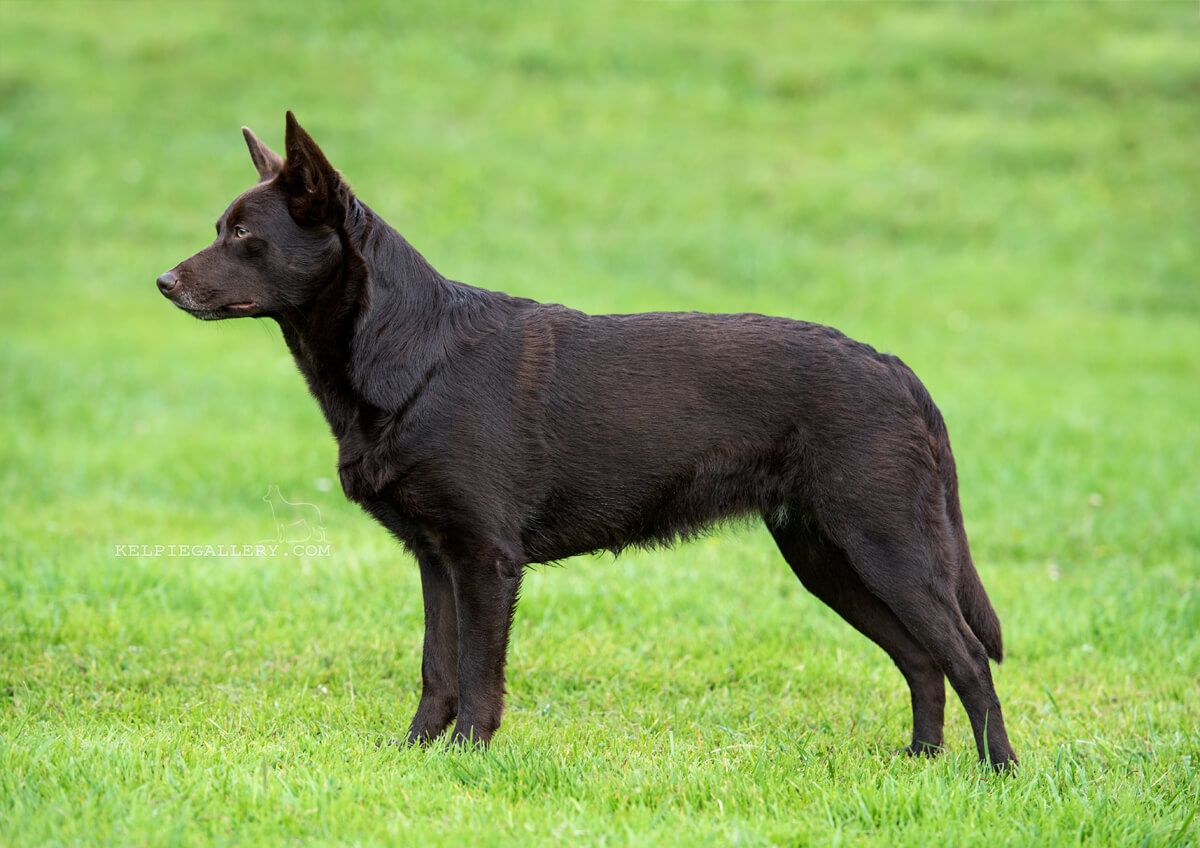 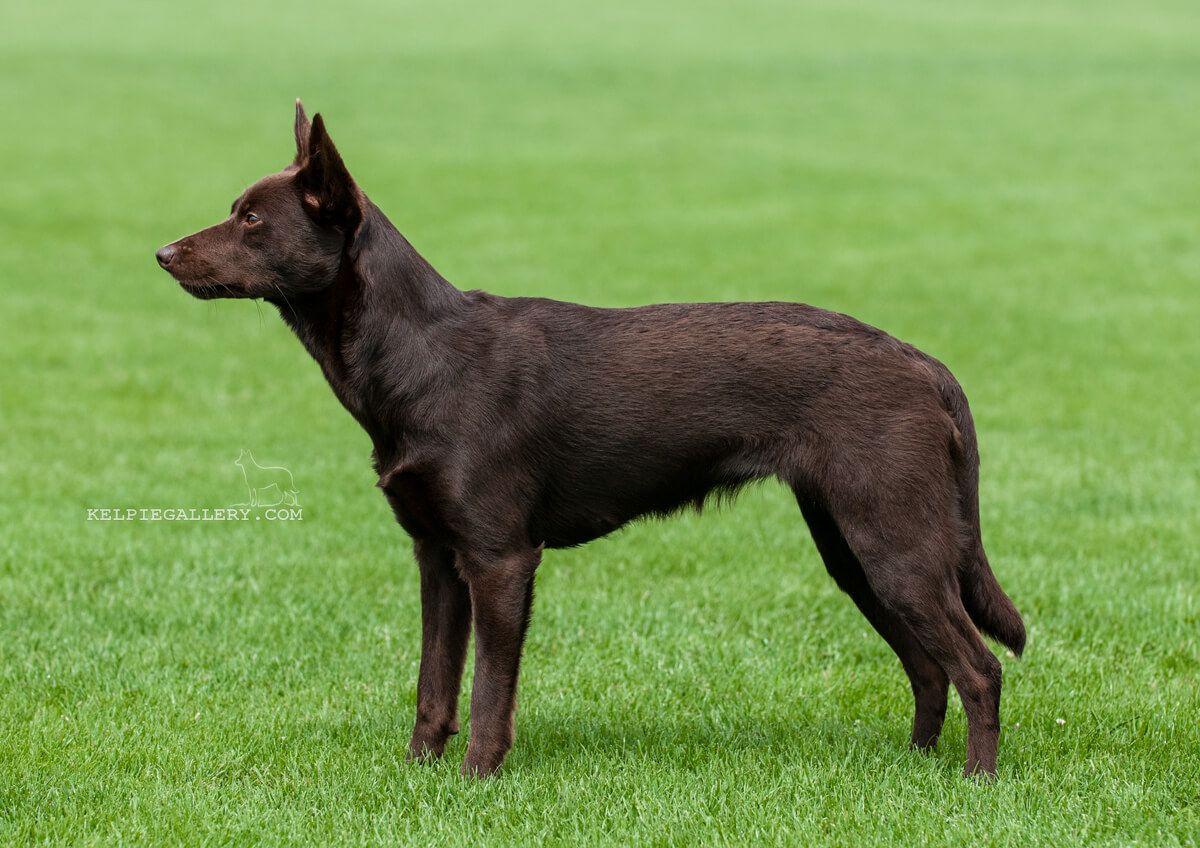 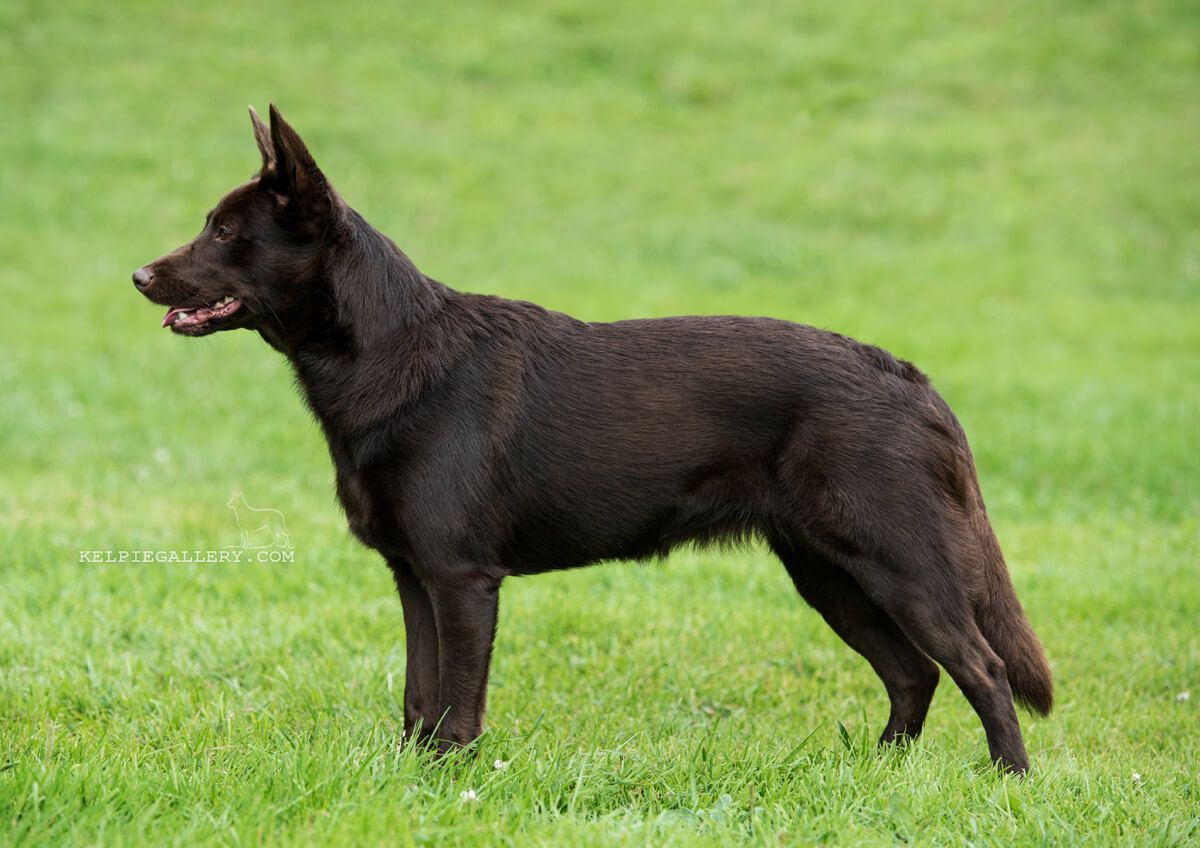 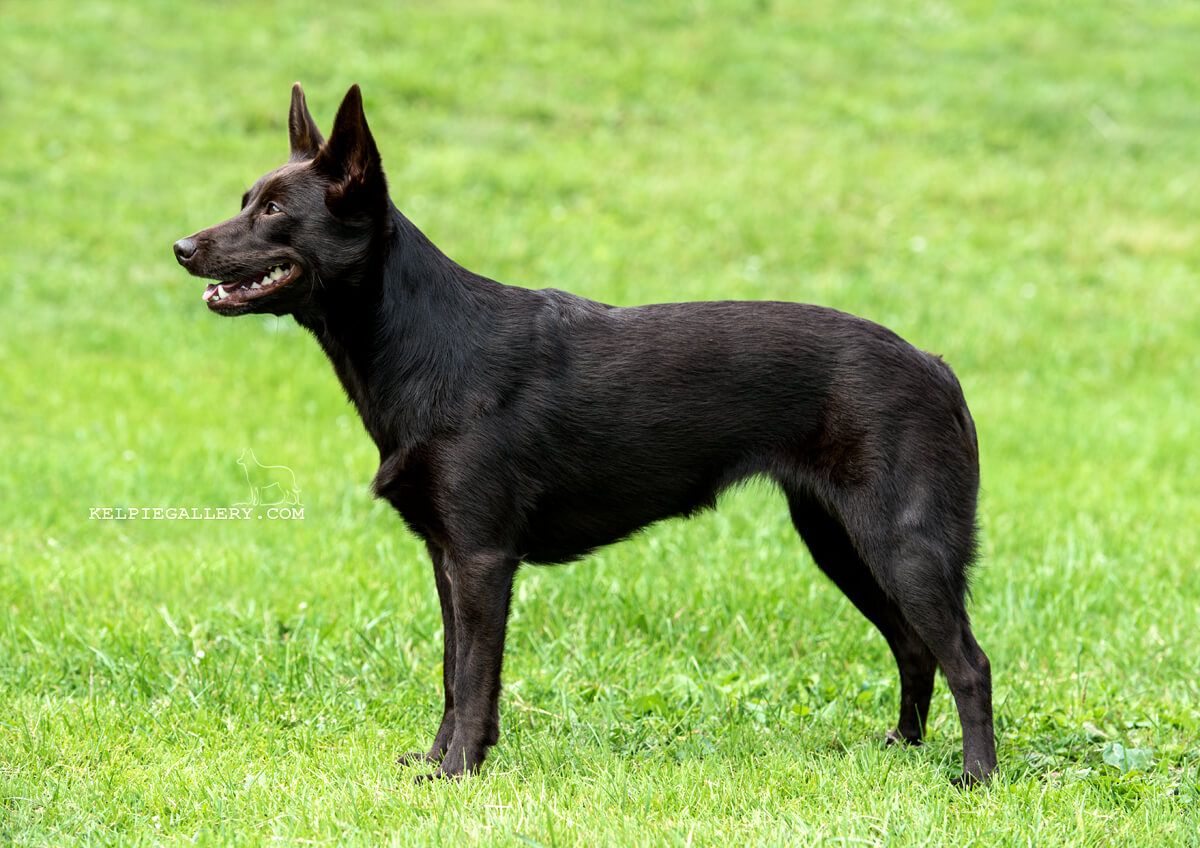 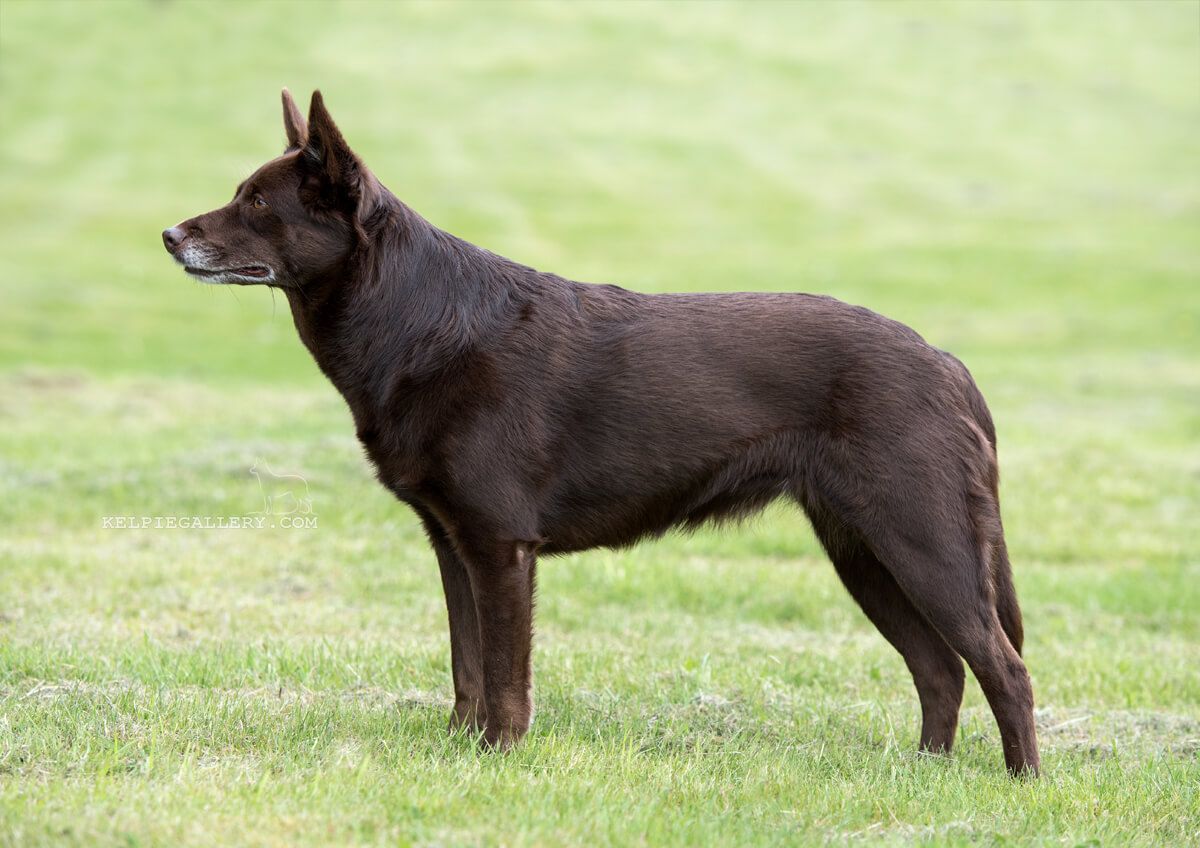 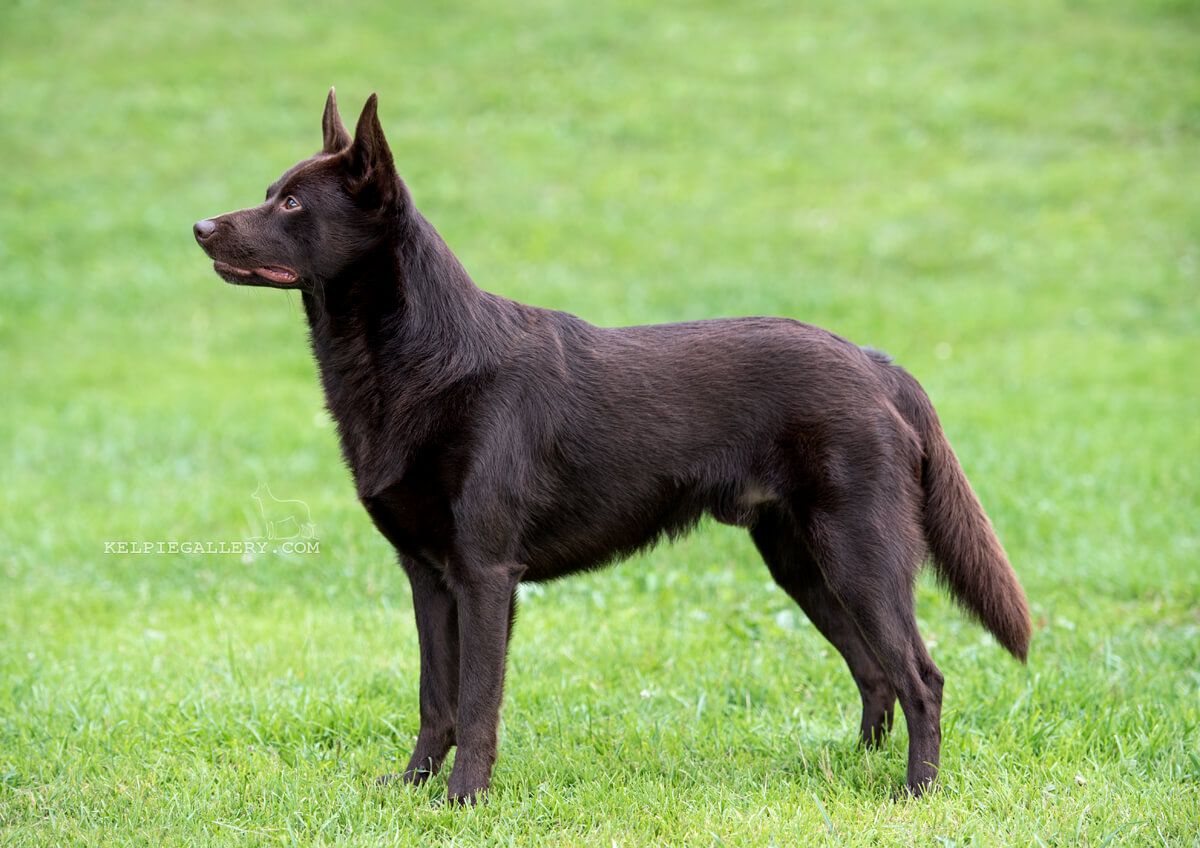 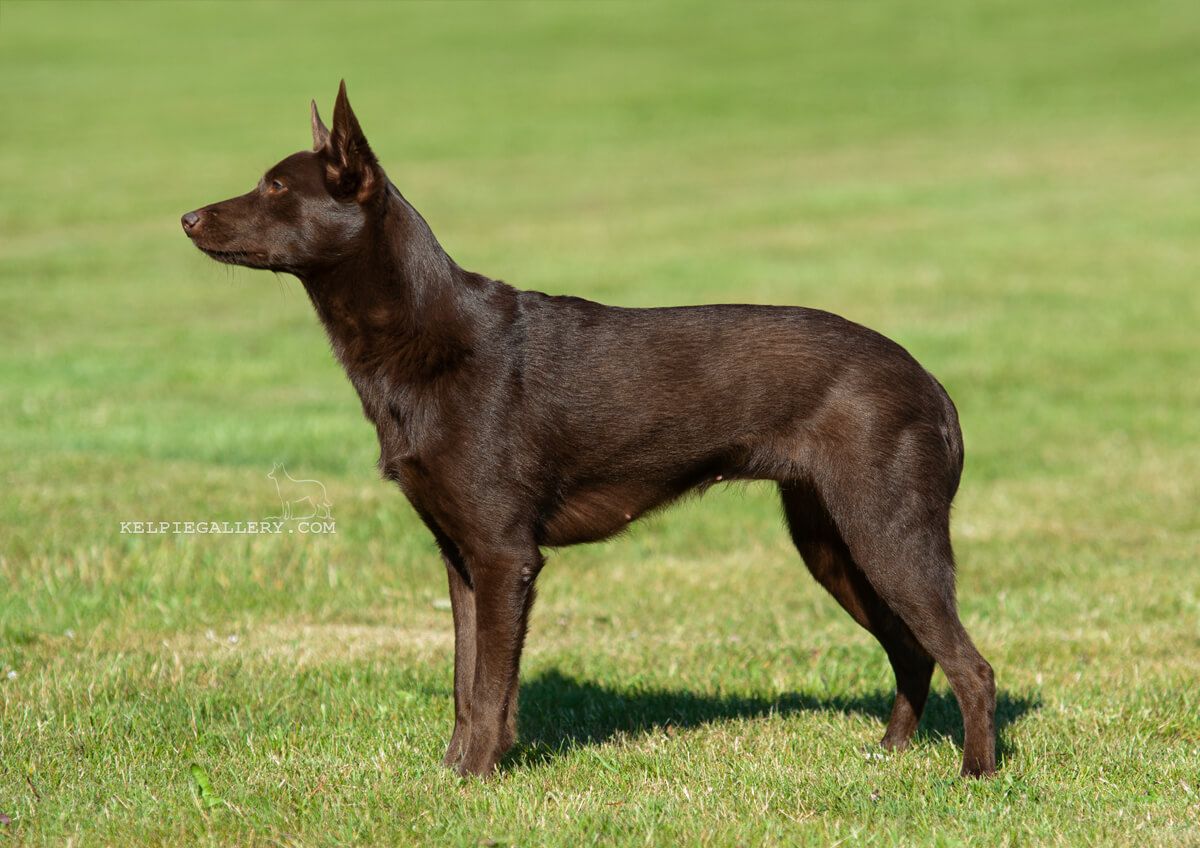 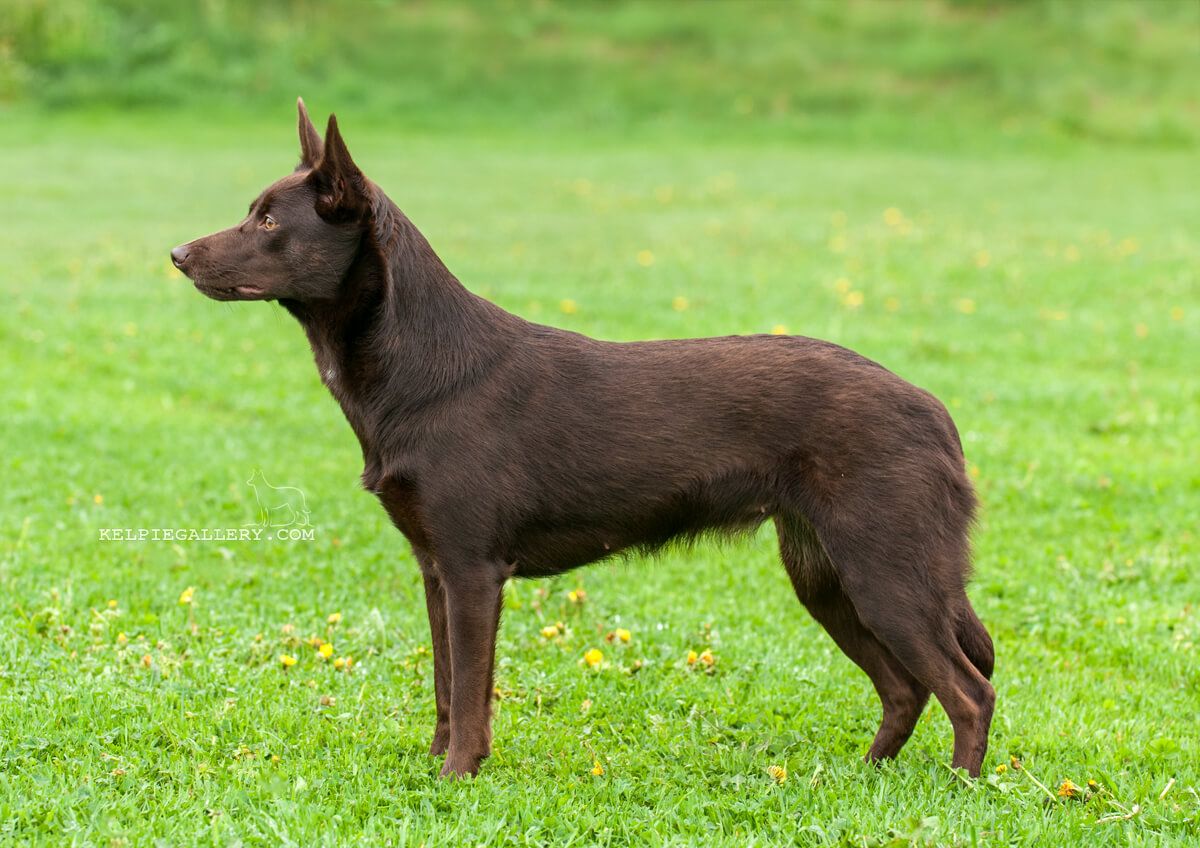 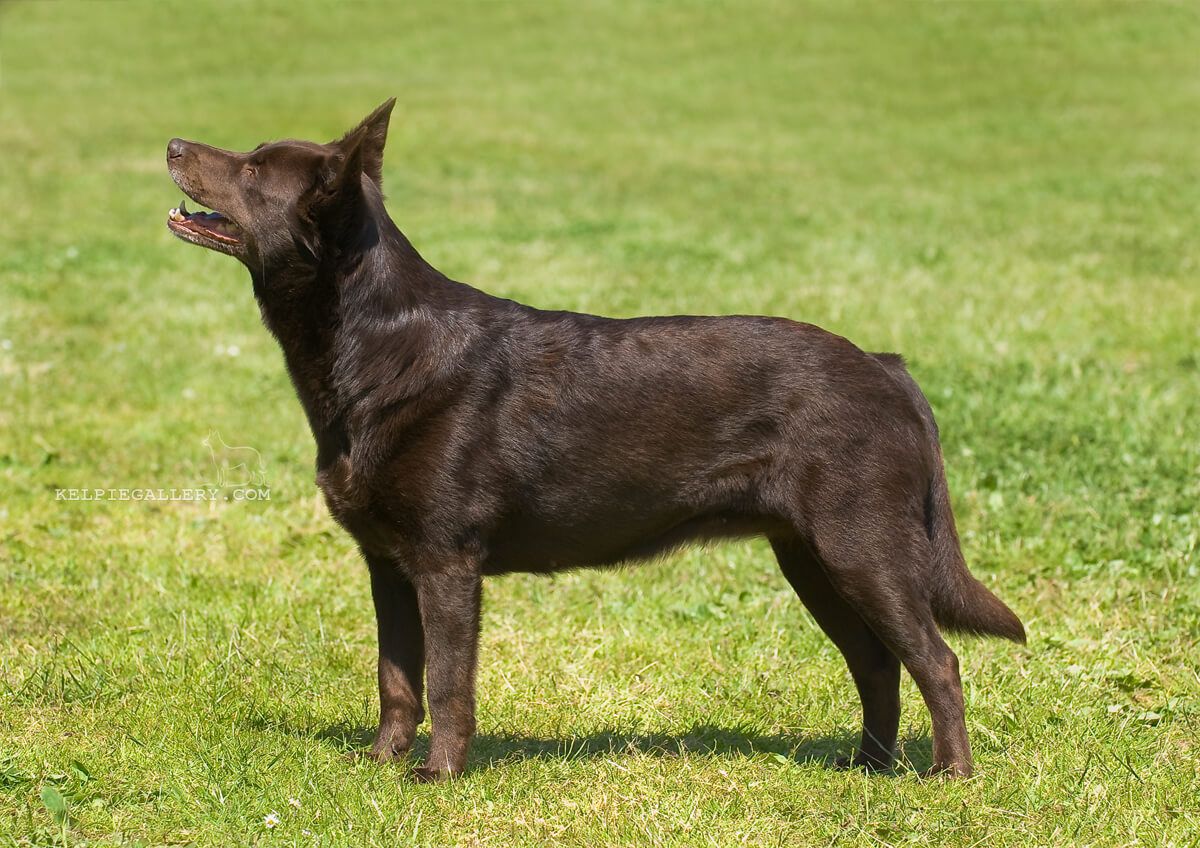 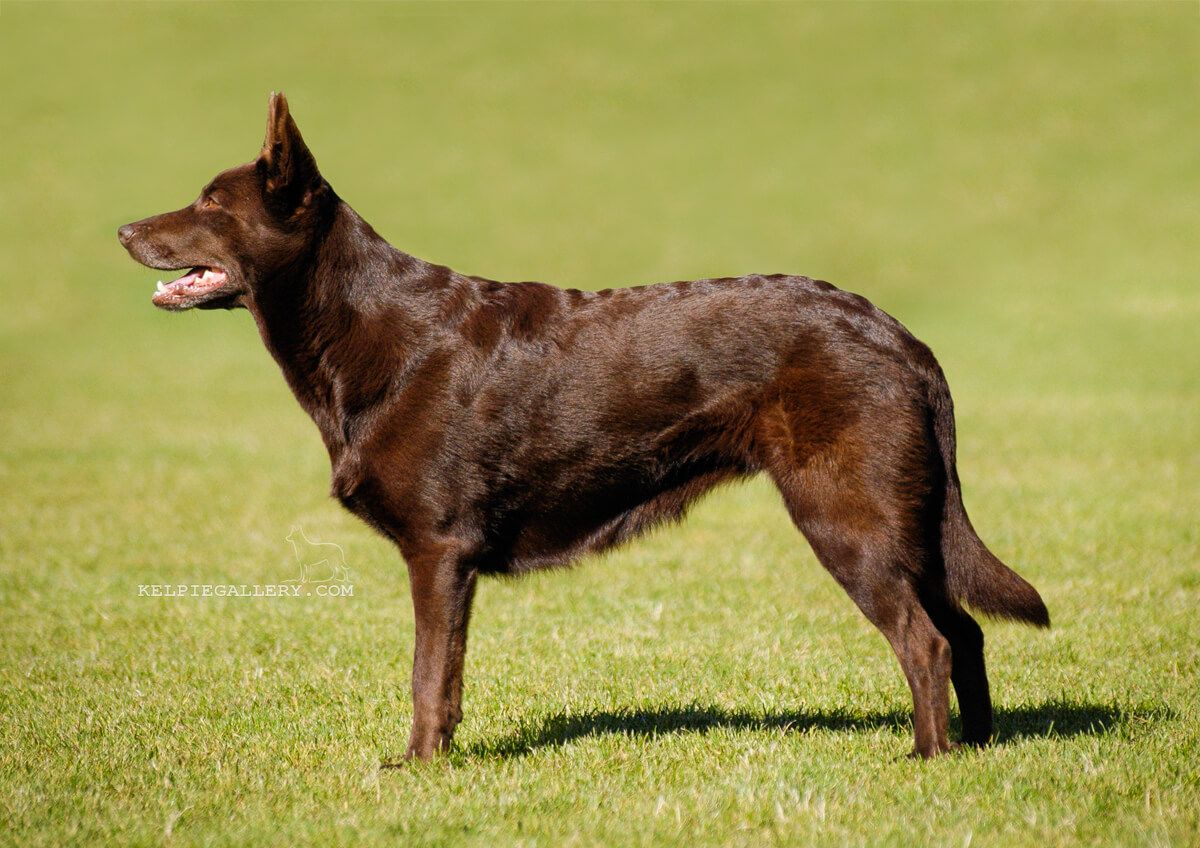 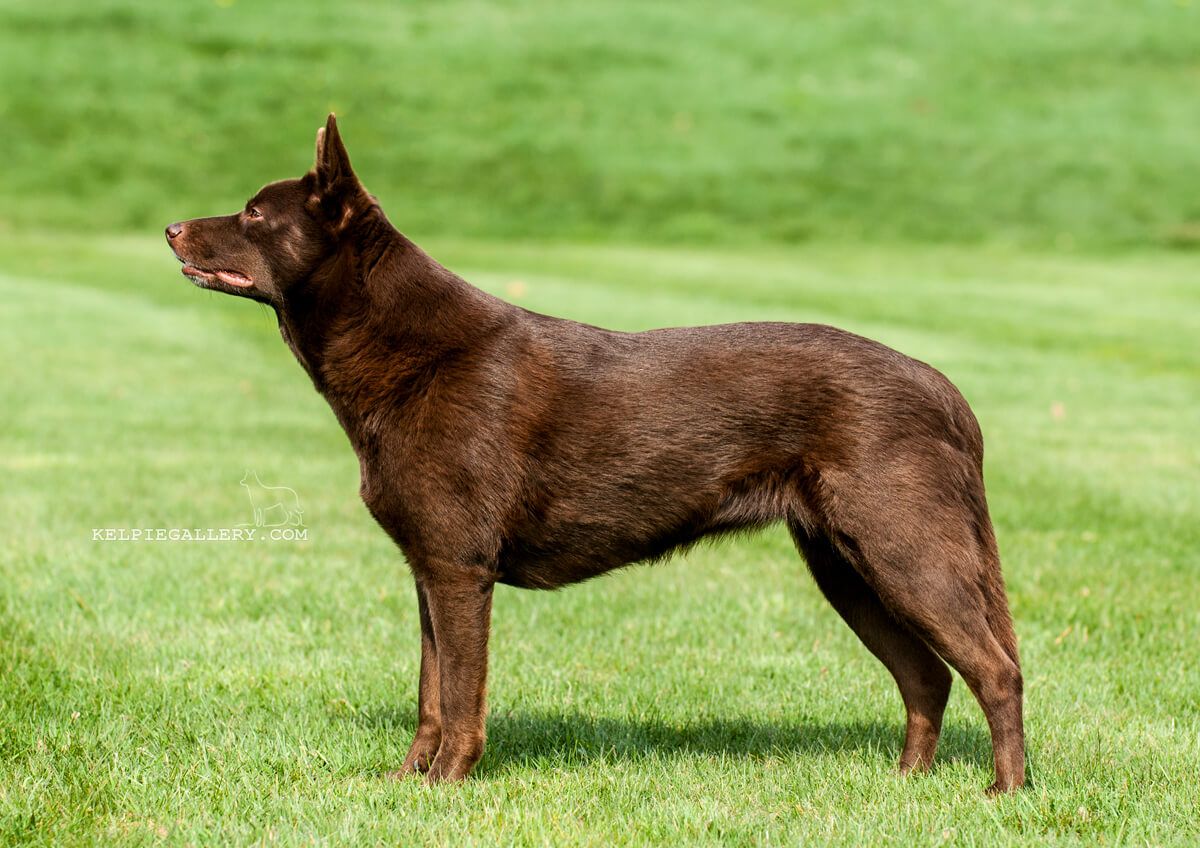 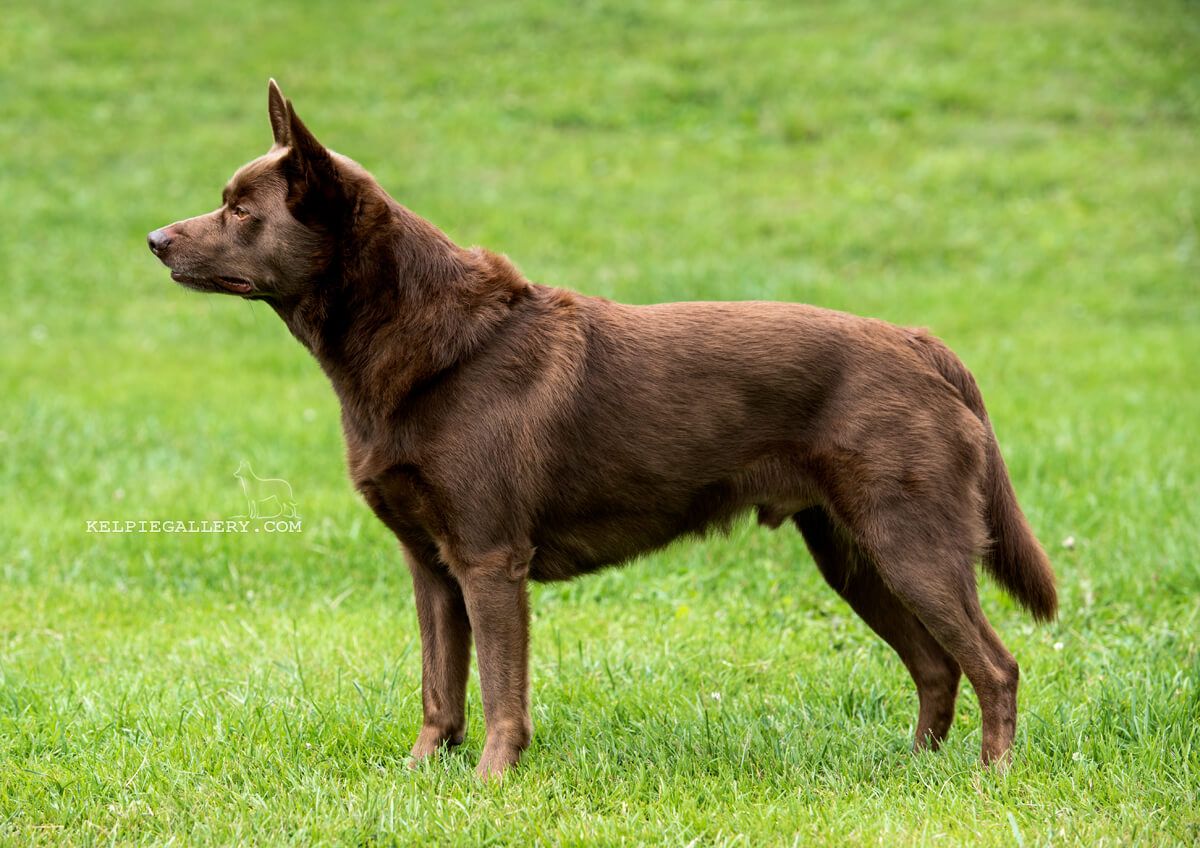 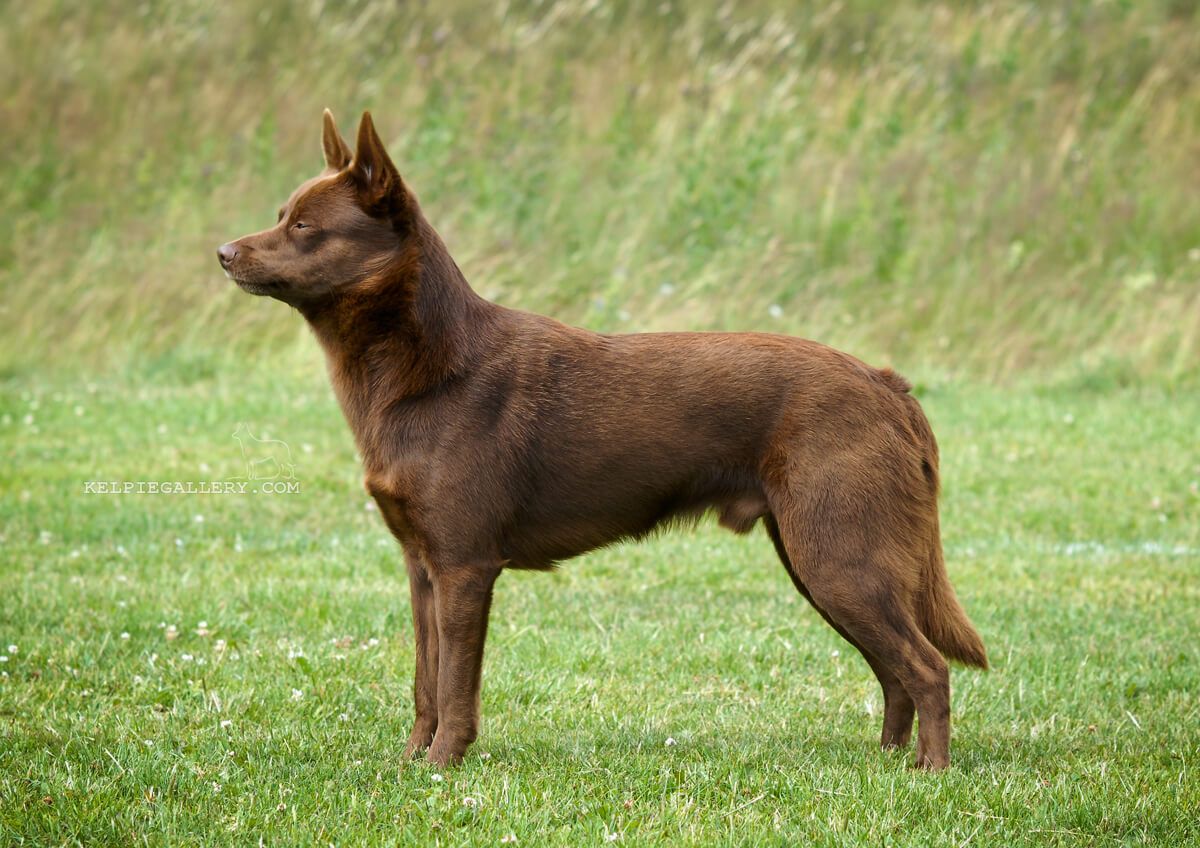 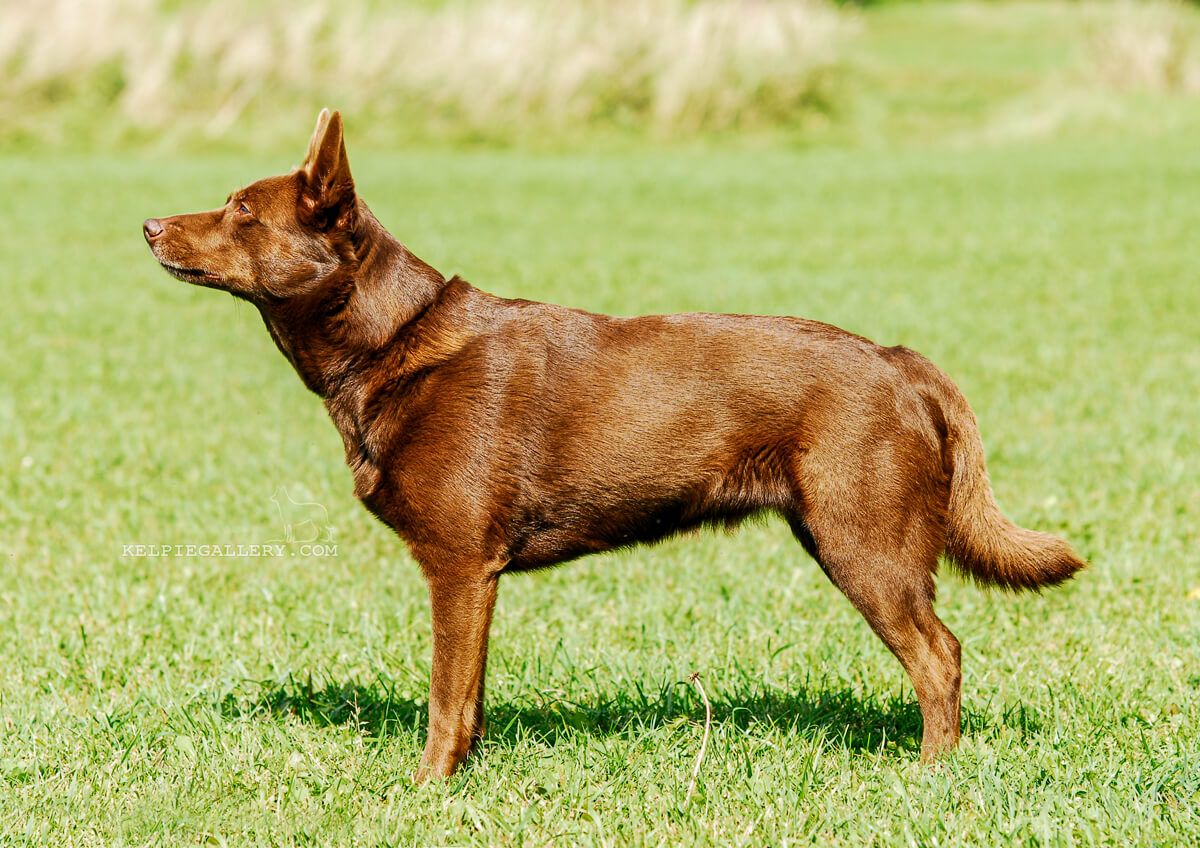 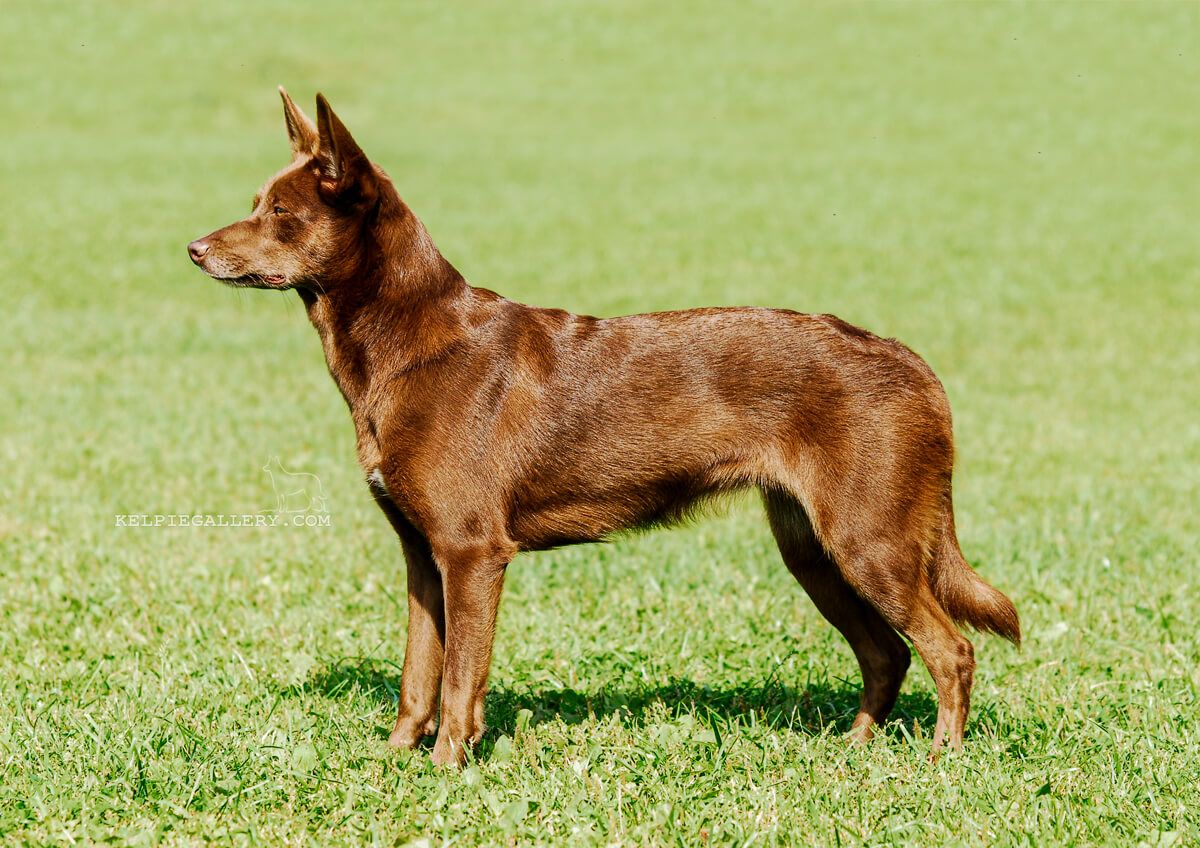