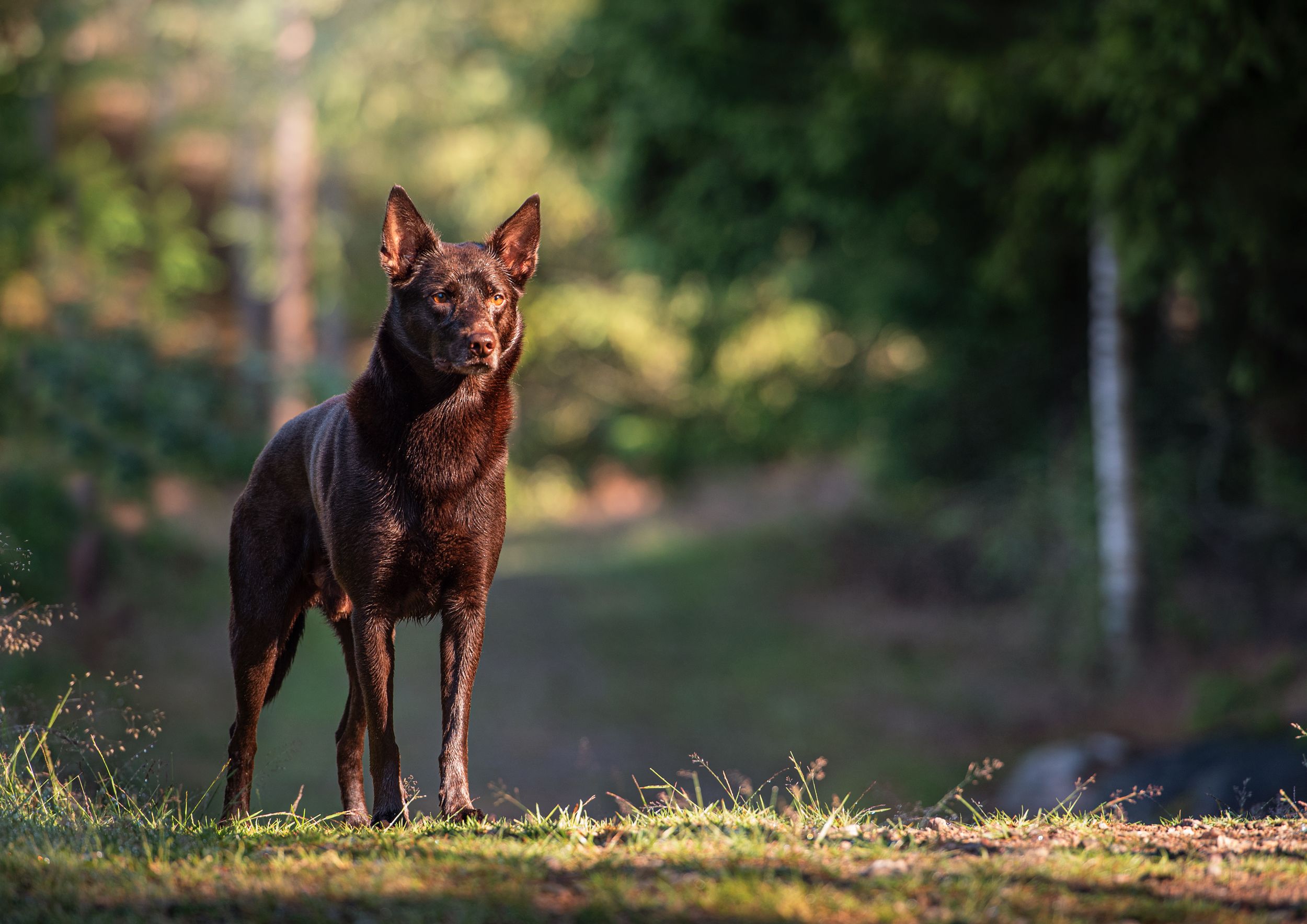 Australian kelpie
The Australian Kelpie is a medium sized dog descending from different breeds of sheep dogs that the English and the Scots imported to Australia in the early 19th century. From these herding dogs stem another type of dog which became an invaluable help to the sheep farmers.

The early breeding selections concentrated on the dogs’ working capacities, but eventually breeders’ different objectives caused two types of dogs to form. The Australian Kelpie and the Australian Working Kelpie. These two types are viewed differently depending on where in the world you are, but they are often registered as two separate breeds.